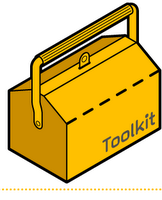 Recently I caught my self observing various high-level graphical interfaces used in web services. All of them were custom-made solutions made by small companies yet used by large organizations and universities. In most cases they try to save some money. That's quite a big mistake since large-scale commercial applications have been tested and are supported by entire groups of programmers. On the other hand, something your local two-man dev team will present will be buggy and incomplete and the drill always has to do with the programmers standing by the client and fixing stuff on the fly. In the end, the result will be something that "just works".
How about quality of service?

I would like to go pass the bugs and focus on usability. Many times two buttons are placed next to each other: one commonly used and a very "dangerous" one like "delete" or "submit". I mean it is a matter of time before some user "misses" and clicks the wrong button. Why? Because someone tried to get the "cheap" solution and look good to his boss.

To a certain extend I understand the guy who made it. I am a programmer myself and don't pay much attention to design (and GUIs in general). On the other hand, I would never choose my self to develop from scratch something big and important because I know I would make mistakes that have already been done and would ignore certain things that have already been pointed out. Nobody can know everything. One must be wise enough to make that call while discarding any influence coming from his ego.

I am thinking about the guy who decided to hire a local crew to do the job. Obviously he doesn't understand much about the job to be done. Probably he is some financial analyst with no idea about computers or software. I bet he has never written a single line of code. Because if he had, he would know that all he did was undermine the entire group of people that would have to use the system. He has one chance to bring in a service and he made the wrong choice. It'll be another 10 years before the system is revised and even then it is doubtful whether they will replace it or not.

In the end of the day, it is these things that make the life of computer users harder and therefore enhance the myth that "these damn PCs are a pain in the neck. We would be better off without them".
at 2:49 AM